The collaboration between our hadronic physics group and the American laboratory Thomas Jefferson (JLab) began in 1997. The object of this collaboration is the study of the structure of the nucleon in particular by the measurement of Generalized Parton Distributions (GPD) , which can be undertaken with the JLab High Intensity Polarized Electron Accelerator. 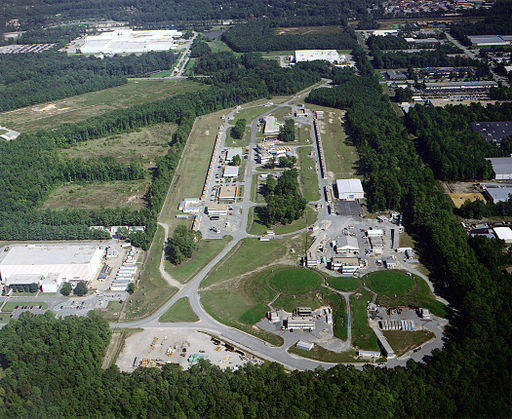 Understanding the structure of hadrons (proton, neutron, nuclei) in terms of quarks and gluons is one of the most important challenges of current research at the intersection of nuclear physics and particle physics. The Generalized Parton Distributions formalism provides a universal description of the parton structure of hadrons. In a certain kinematic regime, GPDs boil down to ordinary parton distributions – describing the longitudinal pulse distribution of quarks in the nucleon – and form factors – describing the spatial distribution of currents in the nucleon. GPDs represent the correlations between partons in different quantum states. They can be interpreted as distributions, in the plane transverse to displacement, of partons carrying a certain longitudinal momentum. The simultaneous knowledge of the longitudinal momentum and the transverse position makes it possible to relate the GPDs to the angular momentum of quarks or gluons.

The determination of the GPD is thus an important tool to clarify what has been commonly called the “spin crisis”, that is to say the measurements indicating that the quarks carry only 20% to 30% of the spin of the body. nucleon. GPDs make it possible to estimate the orbital moment of quarks, which is a fundamental ingredient for solving this problem. The wealth of information contained in GPDs is reflected in their complexity: for each flavor of quark (u, d, s), there are, at first order in QCD, 4 GPDs, each depending on three independent kinematic variables. Experimentally, we can access the GPDs by the diffusion of electrons on the proton or the neutron, in exclusive reactions (where the whole final state of the reaction is identified) “hard”, that is to say where the mass of the exchanged virtual photon (Q2) is much greater than the mass of the target nucleon. The simplest process is Deeply virtual Compton scattering (DVCS), corresponding to the electro-production of a photon on one of the quarks of the nucleon (eN-> eNgamma). Measurements of several observables (polarized and non-polarized cross sections, beam-spin and target-spin asymmetries, etc.) for the DVCS are necessary to be able to establish constraints on the GPDs. GPDs are also available in the hard electroproduction of mesons.

The electron-ion collider will consist of two intersecting accelerators, one producing an intense beam of electrons, the other a beam of high-energy protons or heavier atomic nuclei. The two beams will meet at several points of interaction where detectors will be installed. This installation will allow experiments to be carried out at a much greater energy than at JLab and thus extend our scientific program on GPDs in regions which are currently inaccessible.